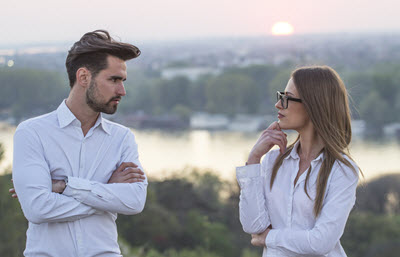 Adam and Rachel met and married after college. They had fun times being young and free together. They were great friends, had great sex, and loved living life together. They didn’t have much money in these early years, but that was ok.

Adam and Rachel just loved spending their free time together. As they grew together, work started to take up more space in their minds, and shared time became a scarce commodity.

Small arguments popped up, but they often slept off their anger and returned to the relationship. Their first bundle of love came home and that’s when the negative thoughts began.

“He does not even see me anymore!”

“I can never do anything right!”

Things stabilized, and Adam and Rachel found a rhythm that worked. They often just avoided conflict, because they were simply too tired to fight it out. Then, the second child arrived.

The playfulness dried up like the cheerios that seemed to be stuck to every surface in the house.

Date nights just seemed to be three glasses of wine and tapas while trying to find the connection, but the couple ended up just talking about the kids and then falling asleep as soon as they got home.

How did this happen to us?

Rachel swore she would never nag him like her mom did her dad, and he swore he would never get as wrapped up in his work as his father did. The ‘stuck feeling’ they reached was like a thick fog that rolled into their home. It had an impact on everything.

Adam decided he wanted to be a different kind of man than the angry, distant one he had become. He reached out to a couples’ counselor.

It wasn’t as scary as Adam thought it would be.

Each session peeled back a layer of the blame and resentment. The sessions offered validation and comfort for how things had gotten off track and gave practical ways to get the ship turned around. 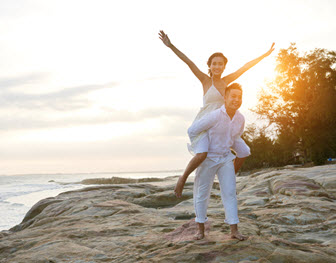 Adam and Rachel started re-creating their marriage and got to know who they were now.

Their hard work started paying off, spontaneous kisses and meaningful loving looks in the middle of the chaos, feeling like they had a true partner and friend.

This can happen for you! Give me a call and see if we might be a good fit, so we can get started on getting back to connected.